CO-FOUNDERS’ AGREEMENT: Important clauses to be taken into consideration 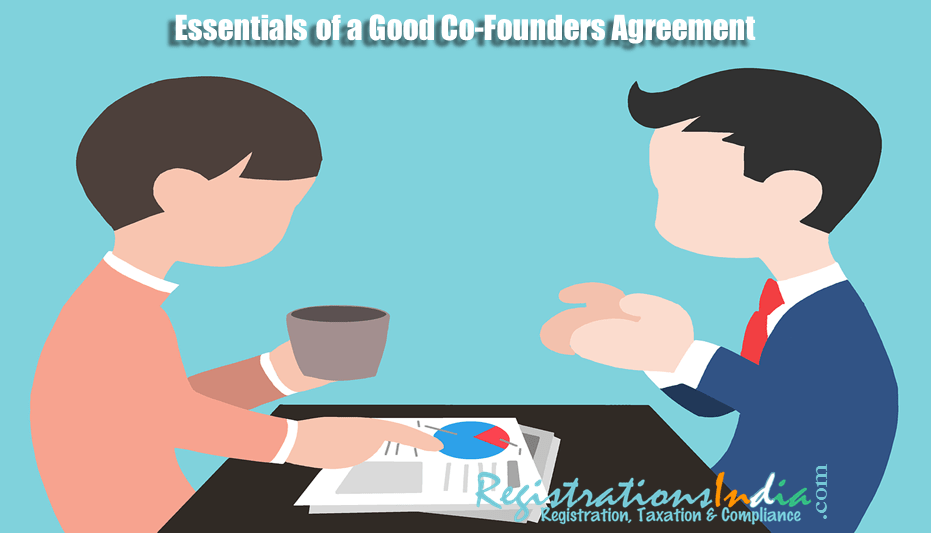 CO-FOUNDERS’ AGREEMENT: Important clauses to be taken into consideration

You have conceived a million dollar idea for your start up or you may have nascent inkling to start a new business with your buddies.

Sooner or later there will come up a need to draft a co-founders agreement.

Your co-founders may be your best friends; you may kick-off really well but as the business expands and grows there needs to be some agreement governing the professional relationship between the co-founders.

To have clarity of certain issues like who is going to take care of what (allocation of responsibilities), who is going to shell out how much from their pocket (Contribution of each co-founder), how much time is going to be devoted by each of them, deciding what is it exactly that has to be the end product (defining the purpose), what is the profit sharing ratio going to be (in case there is profit) and many other such details depending upon the structure and the nature of the business-in the initial phase of the business makes the road smoother.

First things first: The Why?

Why this business? What is the purpose? What is it that you are trying to achieve?

Before drafting the co-founders agreement these are some indispensible questions that need discussion and agreement otherwise if the goals are not aligned then how will you know if you have achieved them - the vision of the “future business”. It is important to clearly define the goals, values, vision and philosophy before taking any actions so that all the co-founders are on the same page as to the purpose of start-up.

What does a co-founders agreement cover?

However, in the initial stages much rigidity cannot be attached to each and everyone’s role. Such designations can be a guide when an individual is torn between two tasks – if one is of finance and other is of marketing- then a person designated with the role of Finance manager will prioritize finance over marketing.

The list of the above mentioned clauses is not exhaustive and it is highly recommended that the co- founders should have a healthy and clear discussion and no stones should be left unturned before drafting the co-founders agreement. All other necessary clauses which might seem petty in the beginning might be included. This will avoid various gaps that might exist in the course of their journey to raise the idea that has been conceived.