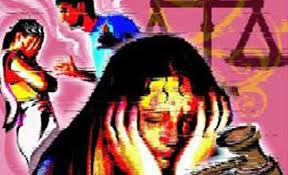 How to file and defend a dowry legal case in India

Dowry is a major social menace in India. Every year, countless women are victims to dowry harassment. Some are subjected to torture, while others are found dead in suspicious circumstances.

The Indian legal system, has the following laws in place, which can be used while filing an FIR against the accused-

1- In 1983 section 498-A of the Indian Penal Code (IPC) was introduced to deal with all forms of domestic violence including those which arose from “demand for property from the women and her family”. This in other words dealt with demand for dowry and also included different acts of torture that the in laws indulged in with the wife. These included beating and abusing her, sexual violence, use of cuss words, false imprisonment etc. This can lead to imprisonment for upto a maximum of 3 years.

2- When a woman commits suicide because of dowry related harassment within 7 years of being married section 304-B of the IPC which was amended in the year 1986, should be used to prosecute. The period of seven years has ostensibly been kept to ensure that the limitation period for filing suspected dowry related complaints are high.

3- Section 406 of the IPC is meant to protect “stridhan” - wealth given to bride on the eve of her marriage by the family to ensure her well being in the future. If such wealth is misappropriated by the bridegroom and his family, a non-bailable and cognizable offence is committed which can result in imprisonment for three years with fine.

4- Protection of Women from Domestic Violence Act (2005) too deals with dowry related violence and provides remedy for the same. Though this is largely a civil suit that orders protective decrees for protecting women, if such decrees are not followed the court can initiate criminal proceedings against the erring party.

5- The Dowry Prohibition Act (1960) is a landmark legislation that exclusively deals with tackling dowry exclusively. Section 2 of this act defines dowry as “give and take of any valuable property”. Section 3 and section 4 of the act deals with the punishment for giving, taking and demanding dowry. The imprisonment ranges from 6 months to 5 years and fine ranges between 10,000 rupees to the amount of dowry demanded.

In case police officials refuse to file an FIR, the State Commission for Women(SCW)  can be reached , you can find the telephone and other related details of the respective SCWs over here-

Similarly, when a man or his family, or both have been accused of dowry harassment, they can file a counter FIR under the following legal provisions-

The recent sexual harassment case of Tarun Tejpal (editor of investigative journalism magazine, Tehelka) has brought to the fore the inept redressal of sexual harassment complaints within the Indian companies. The Supreme Court of...

Movies whether good or bad always leave an impression on the viewer. The scene from the film “Highway” which portrayed the actress’s outburst about being sexually abused as a child by her uncle kept haunting me for days. I tried imagining the trauma and the...

Criminal Law
All you need to know about Road Accidents

There has been a steep escalation of road accidents in the past few years with the expansion of more motor vehicles in India. Road injuries and fatalities have come up as a major public concern as it is one of the leading causes of death and permanent disability in this country. According...