IS ABORTION ILLEGAL IN INDIA?

An analysis of the Medical termination of Pregnancy Act, 1971

The Abortion laws in India are governed by the Medical termination of Pregnancy Act, 1971.

Section 3 of the Act allows termination of pregnancy within twelve weeks, in the following two situations

1. When the medical practitioner is of the opinion that there is risk to the life of the pregnant woman or of grave injury physical or mental health, or,

2. When there is substantial risk that if the child were born, it would suffer from such physical or mental abnormalities as to be seriously handicapped.

Thus, abortion is permitted in India only under these two circumstances and would otherwise incur criminal liability.

Thus, if abortion is carried out by a woman to exercise her choice, but where there is no risk to mother or child, the abortion is illegal in India. 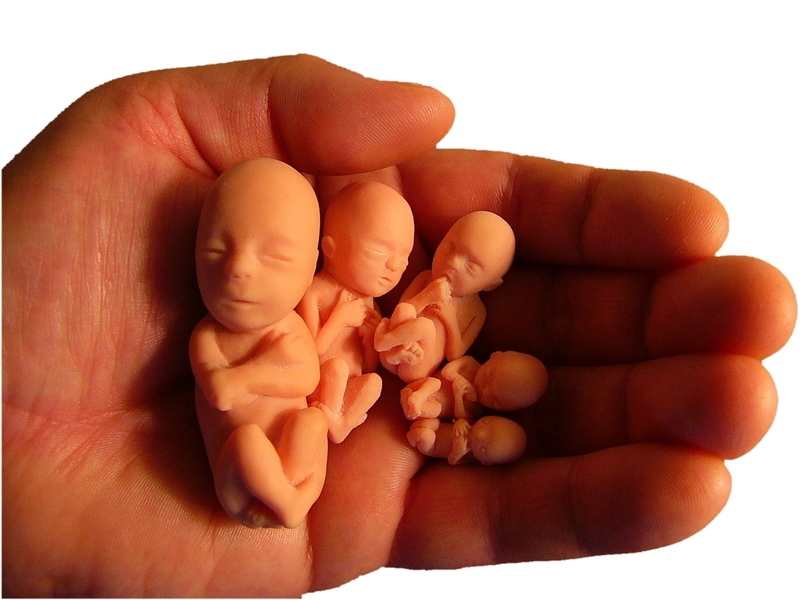 Section 312 to 318 of the India Penal Code also provides for offenses related to causing a miscarriage.

Under the Medical Termination of Pregnancy Act, it is essential to take the consent of the woman who has achieved 18 years of age and is sane. In the case Shri Bhagwan Katariya v. State of M.P [(2001) 4 MPHT 20 (Chh], where a woman was forced to undergo abortion and the doctor sought protection under Section 3 of the Act, the Court opined that by reference to Section 3 of the Medical Termination of Pregnancy Act, 1971, a doctor is entitled to terminate the pregnancy under certain circumstances; however it cannot be done against the desires of the woman. In cases where the woman is insane or has not achieved the age of majority, the decision has to be taken by the guardians under Section 3(4)(a). In case, where a mentally retarded girl, who was an inmate of Nari Niketan was pregnant caused by rape. As victim had no relatives, the court directed for an appointment of guardian mentally retarded major pregnant woman for purpose of deciding termination of her pregnancy in her best interest.

The courts have allowed abortion in cases where pregnancy is caused by rape. In the case of Rajeshwari v. State of Tamil Nadu[ 1996 Cri LJ 3795 (Mad)], the Tamil Nadu High Court held that the unwanted pregnancy alleged by the pregnant woman, to have been caused by rape, can be terminated by a registered medical practitioner, on the basis of the opinion of two registered medical practitioners formed in good faith.

However, the provisions of the Act questions the rights of the woman as it seems that this decision as to abortion is more of a decision of the medical practitioner and depends on the proof of risk to woman’s life or proof of child being born with abnormalities. In Suchita Srivastava v. Chandigarh Administration [(2009) 9 SCC 1], the court held that a women's right to make reproductive choices is also a dimension of "personal liberty" as understood under Article 21 of the Constitution. Reproductive choices can procreate as well as to abstain from procreating, however, the provisions of the MTP Act can be viewed as reasonable restrictions that have been placed on the exercise of reproductive choices.

Apart from the two situations given in the Act, under which abortion is permitted, there are several other factors on which a woman may wish for abortion, and thus places a restriction on various rights which are covered under the ambit of Article 21, which includes right to personal liberty, right to make reproductive choices, right to choice, right to choice, etc.

In the case of Nikhil D. Dattar (Dr.) v. Union of India [2008(110)BomLR3293], the petitioner pleaded for abortion in the 26th week of her pregnancy as the foetus was diagnosed for complete heart block with a small percentage of kids being symptomatic. The court dismissed the petition on the ground that the Medical Termination of Pregnancy Act, provides for specified circumstances under which termination of pregnancy is allowed and the courts are not empowered to increase the extent of eventualities under the Statute and legislate upon them. The case brought forefront the loopholes in the legislation, imposing a lifetime burden upon the parents and denying the child a healthy life.

Thus, the Medical Termination of Pregnancy Act does not address the diverse situations properly and does not fit into the spirit of the time. A series of invasive and non-invasive tests  have been evolved that can detect abnormalities at a late stage and due to scientific advancements late abortion also can be done safely, and as the Act leaves no scope to bring within its scope such advancements, shows that the Act is detached from science.

The Medical Termination of Pregnancy Act, 1971 has the objective of reducing the incidence of illegal abortions. However, after thirty-five years of the groundbreaking legislation, the majority of women seeking abortion still turn to uncertified providers for abortion services because of barriers to obtaining a legal abortion and this has made safe motherhood a top priority issue in the country.