Aging is a natural process, which occurs in a human life cycle. It brings about lots of changes in the life of the elderly, which are mostly by the changes in their body, mind, thought and the living patterns.

Unlike the old set up where taking care of elders formed part of the tradition and culture, the trend today is towards privacy and independence. Moreover, due to work pressure and competitiveness to survive in the constant inflation, younger generation gets too busy to be able to pay attention towards parents who then are left to handle their old age single handedly.

Availability of legal protection: The Chapter IV of the Constitution has taken up the concerns of the elderly. Nonetheless, these are not enforceable by the law. In 1956, the Hindu Law made a statutory provision for the elderly. Maintenance of parents by their children is provided in Section 20 of the Hindu Adoption and Maintenance Act of 1956. However, here too it remained only a moral obligation. In 1973, for the first time, a provision (Section 125) was introduced in the CrPC. An elderly person could thus move to the court for his maintenance. This law is gender neutral and includes married daughters in addition to sons. However, the parent needs to approach the court against an offspring and the onus is on the parents to prove that the other party has sufficient means and has refused to maintain him i.e. the parent.

This is harsh and cumbersome as well. The Government of India approved the National Policy for Older Persons on January 13, 1999, in order to accelerate welfare measures and empowering the elderly in ways beneficial for them. The policy mentions, the layout of the housing colonies, will respond to the needs and lifestyles of the elderly, they are allotted ground floor and their social interaction with older society members exist.

Maintenance includes a provision of food, clothing, residence and medical attendance and treatment. Section 4 provides that a citizen including parents who is unable to maintain himself from his own earning or property owned by him shall be able to claim maintenance u/s 5. The obligation of the children or relative may be such so that senior citizen may lead a normal life. A relative may maintain the senior citizen provided he is in possession of the property of such senior citizen.

According to Section 7, the State Government within six months from the date of commencement of this Act may constitute for each Sub-Division one or more Tribunals for the purpose of adjudicating and deciding upon the order for maintenance. It shall be presided by Sub-Divisional Officer of a State.

Section 9 says, where the children or relative neglect or refuse to maintain, the Tribunal may order to make a monthly allowance. The maximum allowance ordered by Tribunal must be Rs.10, 000 per month.

Section 13 says, that the children or relative who is required to pay any amount shall within 30 days, deposit the entire amount. 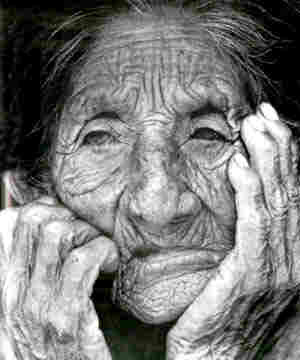 Section 14 says, where any Tribunal makes an order, it may in addition of maintenance direct to pay simple interest not less than 5%.

Section 18 provides, the State Government shall designate the District Social Welfare Officer as the Maintenance Officer. Section 19 provides the establishment of Old Age Homes at least one in each District and accommodate minimum 150 senior citizens who are indigent. They should be provided with all services such as medical care and means of entertainment. In Section 20, State Government establish hospitals, separate queues for senior citizens, facilities for treatment of chronic, terminal and degenerative diseases, research activities, and every District hospital should be headed by a medical officer with an experience in Geriatric care. U/S 21 State Government take all measures to give wide publicity through public media about the awareness of the Act.

Section 23 says if a senior citizen by way of gift transfers his property with a condition that the transferee shall provide the basic amenities and basic physical needs, fails to do so, that transfer shall be deemed as void. Section 24 provides whoever, having the care and protection of senior citizens leave that person with an intention to abandon shall be punishable with imprisonment which may extend to three months or Rs.5000 fine or both.

Critical Appraisal: It is unfortunate that the government has not made any serious attempt to corner the senior citizens under 'Group Health Insurance Scheme'. It believes that insurance coverage is mostly required in critical illness and the places where adequately equipped hospitals are not available. AIIMS Delhi is adequately equipped to treat indigent senior citizens. The Act does not cover Old Age Pension Scheme. It should mandate the State Government to pay old age pension to the senior citizens adequately. The Government while drafting Bill uses the word 'may' instead of 'shall' where the provisions are of mandatory nature. The Bill has provisions where the chances of misuse are greater than beneficial use. What if particular heir or children live outside India? Will that give the senior citizen a right to live with them?

It is rightly said," The most beautiful thing in this world is to see your parents smiling and knowing that you are the reason behind that smile".

“Growing Old"is a natural process that every human undergoes in one’s lifetime. It basically refers to the decline in the functional capacity that occurs due to physiological transformation. Senior citizens are an asset to a society with their pool of varied experiences, ideas, knowledge and...