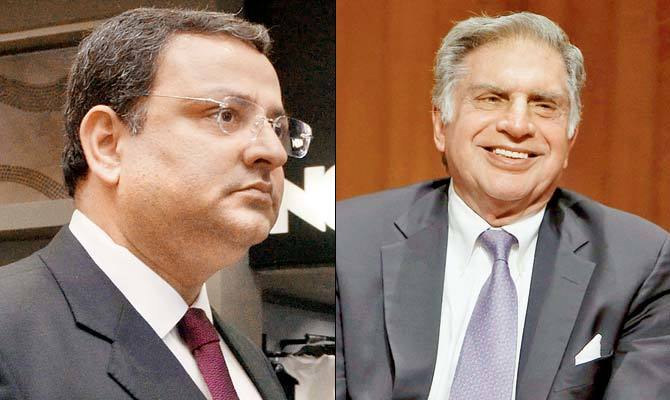 Scores of articles have been already penned down over the past few weeks on the change of stewardship at Tata’s. On October 24, 2016, the chairman of Tata Sons board Mr. Cyrus Mistry has been “replaced” and Mr. Ratan Tata has been appointed as an “interim chairman” for four months. This critical change at the helm has engulfed the Tata Group with considerable speculation as for, how companies can remove their chairman without notice, what are the remedies available to the chairman so removed and does the Companies Act, 2013 stipulates any specific procedure for removal of a chairman.

Before delving in the saddle of such questions let’s first decode the complex corporate structure of Tata Sons. Tata Sons Limited is an unlisted, closely-held company with about 65% of shares held by two Tata Trusts, i.e. Sir Dorabji Tata Trust and Sir Ratan Tata Trusts and 18.5% of the company's shares are held by the single largest shareholder, i.e., Shaporji Pallonji Mistry group to which Cyrus Mistry belongs.

Let us answer the above questions by critically dissecting the Tata Sons Case.

Why First, how to remove a chairman?

The pivotal point one needs to understand beforehand is, who is the chairman of the company? Is it the director or a Key Managerial Personnel (KMP)? Interestingly, Companies Act, 2013 (Act) does not define a "Chairman".

The top person on a board of directors is known as the chairman or chairman of the board. This person has the authority to call and lead meetings, sign documents and represent the company in public. He is a director of a company but he may or may not be a KMP. He can be an executive or non-executive director or even an independent director.

In the instant case, Tata Sons’ board has only replaced Mr. Cyrus Mistry as the “chairman”, while he still continues to be a non-executive director of the company. Although the Act envisages roles and functions for a chairman of a company, it does not stipulate a precise mechanism for appointment and removal of such a chairman. Companies through its own Articles of Association(AoA) sets down the procedure for appointment and removal of chairman. The removal process relating to a chairman is typically governed either by the AoA of a company or the terms of the contract by virtue of which he is appointed. The board has unfettered power to remove the chairman by passing a resolution backed by a majority vote unless the AoA provides otherwise. Further, the board is under no statutory obligation to provide any reason at the time of removal of the chairman.

Regarding the appointment process, the AoA of Tata Sons says as long as the Tata Trusts own and hold at least 40 percent of Tata Sons:

The AoA stipulates the same about removing a chairman of the board.

This implies that if there are nine members on the Tata Sons board, the removal of the chairman would require

a. At least 5 directors to vote in favour of the removal and

b. the support of all 3 directors appointed by Tata Trusts.

Though the press reports constantly harp upon the point that sufficient notice was  not given to Mr. Mistry, however, the requirement as per the Act is only to give an advance notice for conducting a board meeting. As per the press reports, Tata sons has duly adhered to this requirement and a due notice was given for calling a board meeting. However, the item regarding Mr. Mistry's replacement was included in the agenda as a part of “other items”, which made it a surprise. Otherwise, technically it was within the legal framework of company law.

What are the remedies available to a Chairman who is removed in this manner?

First and foremost such a decision of removal can be challenged if it is not in consonance with terms of his appointment contract or it blatantly violates the provisions of AoA.

Secondly, an action can be brought for oppression and mismanagement under section 241 of the Act. Any shareholder holding 10% of the shares of a company (in this case the Shaporji Pallonji Mistry group satisfies the requirement) can bring an action before the National Company Law Tribunal (NCLT) on the ground that the affairs of the company are being conducted in a manner “prejudicial or oppressive” to a shareholder, or that a material change has taken place in the management or control of a company, which is likely to cause prejudice to shareholders. The NCLT possesses wide-ranging powers to pass various kinds of orders in an action involving oppression and mismanagement.

Thirdly, by the virtue of being an unlisted company the Tata Sons does not attract the principles of corporate governance prima-facie, but nonetheless, considering the fact that it is a holding company to a plethora of listed companies within its fold, it no longer remains the matter only about Tata Sons but involves the interest of every stakeholder of all the listed companies falling within its umbrella.  Therefore, the conduct of affairs by the Tata Sons board has a massive impact on the governance of all of those listed companies. Keeping this in mind, even if the board of Tata Sons did legally replace the chairman, the manner in which this was achieved is certainly not in consonance  with basic principles of corporate governance.

How does this case impact corporate governance practice in India? 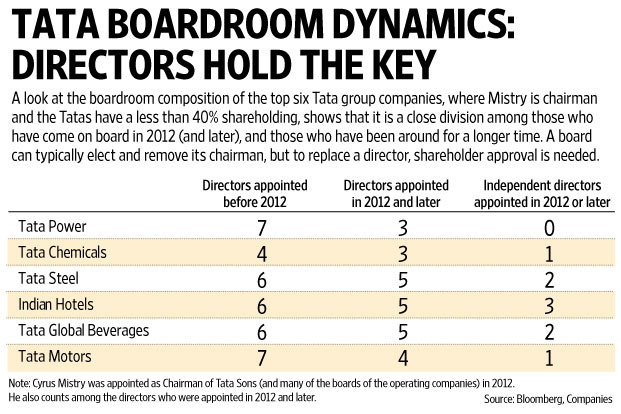 out a meeting held among the independent directors of the company to critically assess Cyrus Mistry’s performance. The Independent Directors unanimously supported him and appreciated his efforts and leadership style.

How was Caveat used as tool in this case?

In layman’s language, a Related Party Transaction is nothing but businesses carried out among the relatives of different companies. On the other hand, legally speaking, there are many financial and commercial legal instruments which define and provide for such transactions.

According to Section 406 of the Companies Act, 2013; Nidhi is a kind of company that is established with the objective of cultivating the habit of thrift and saving among its members. A Nidhi aims to receive deposits from its members and to further lend the money to the member only....

The controversy and the clever structuring by Vodafone:

Hutchinson telecommunications International Ltd (HTIL) - a Hong-Kong based company owned a company ‘CGP investment holdings ltd’ in the Cayman Islands. This intermediary company had a shareholding of 67% in the Indian based subsidiary of...