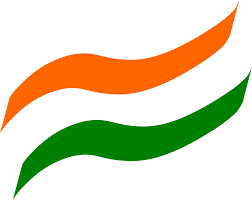 Why Stop at National Anthem in theatres? There’s a lot more that we can do!

There was a king once; he made a rule: “Sing my praises before every auspicious event!” His people hated him.

There was another king, in another era; he made his kingdom prosperous and happy. His people loved him and sang his praises before every auspicious event.

Our esteemed Judiciary, following the footsteps of the naive aspiring King, recently passed an interim order directing all cinema halls to play the National Anthem before the start of feature films, as a mark of their deep respect for the Anthem. This order has received a massive response from all sections of our country, in the form of wildly interesting and hilarious memes.  The creative spark of our nation becomes quite evident in situations like this, where humour seems to be the apt combative technique. Sample this:

Now that we are a calmer and merrier lot, let’s take a more serious look at the situation. The interim order was laid down by the SC of India, as response to a PIL (Public Interest Litigation), with the intention to make the citizens realise their duty towards Constitutional Patriotism and national quality. The main goal this order is clearly gaining and sustaining respect for the National Anthem and simultaneously for the Indian Constitution and the nation as a whole; however the final outcome seems to negate this very purpose.

So what did the Supreme Court say?

It has been asserted by the person who filed the PIL - Mr. Shyam Narayan Chouksey - that sometimes the National Anthem is sung in various circumstances which are not permissible and can never be allowed in law. The court, while fleshing out steps against disrespect shown to the National anthem as per the Prevention of Insults to National Honour Act, 1971, went a step further and mandated all cinema halls to play the national anthem before feature film screenings. The only reference in law which seems to have guided this part of the order seems to be Article 51A(b) of the Indian Constitution which lays down that respect for the national anthem is a fundamental duty of the Indian citizen. It is pertinent to note that fundamental duties by themselves are not enforceable by law per se, but was given legal sanction in this case.

It is also to be noted that the rationale behind why national unity must be given paramount importance only before film screenings and not any other event (for instance, before birthday parties) has not been explained by the Hon’ble Court in this interim order – one can only hope that the same shall be justified in the final order. The matter has been next listed on February 14, 2017, a rather fascinatinglypatriotic day I’d say, for further hearing.

In this situation, the biggest irony is that both the petitioner as well as the interim order of the SC is feverously opposed to the display of National Anthem in inappropriate places or occasions and as a solution to this, the Court chose the perfect place to mandate the National Anthem - Cinema Halls! Following the graceful order, how does it make any sense to expect respect in cinema halls, which play a diverse range of movies and houses audience with sundry mindsets? How can respect be contemplated before THIS:

I fail to fathom true patriotism and respect in hearts of the audience who are deep into the ‘Leela’ mood! This short-sightedness by one of the most learned institutions of our nation, rather than instilling any respect, would just lead to unwilling disrespect to the National Anthem!

A step further, shall we?

What needs to be understood isthat ‘respect’ cannot be demanded, it must come from within. Now, if we are to follow this trend then the only logical next step is to banish the ‘foreign popcorn’ from the cinema halls and make the selling of indigenous food compulsory - Vada Pav in Mumbai, Idly in South India or Aloo Dom in Kolkata! After all,why should we leave behind the traditional culinary of our states? If not mandated in cinema halls or other entertainment platforms, how else are people going to respect the varied flavours of our land? Why stop at National Jingoism? Don’t leave the States behind!

For all those who are interested to go to the core of the present chaos, the interim order of the SC can be found here.